We're Getting Mutants in the MCU - The Loop

Kun-pengs are a species of mythical magical beasts that originated from China.

Kun-pengs are massive beasts that look like hybrids of fish and birds. They tend to have fish-like bodies, but their pectoral fins have been replaced by bird-like wings, their mouths are bird-like beaks, and their caudal fins basically look like fish fins, but placed horizontally, like whale flukes, and look like bird tail feathers. Also, their dorsal and pelvic fins look similar to their tail fins. Also, like I mentioned before, they are quite large, able to give rocs a run for their money in the sky.

Kun-pengs are solitary creatures, preferring to keep to themselves, with the only exception being when they pick out a mate. The mates will stay together until the eggs are hatched, and the young are able to fend for themselves. The female will lay around 100 eggs, then the male fertilizes them. The eggs tend to be buried in tunnels that the parents dig for themselves. 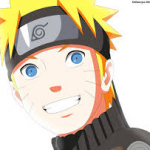